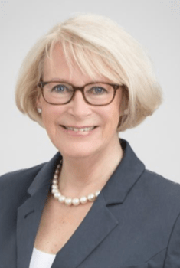 Born in The Hague, The Netherlands on the 7th of June 1946

Baccalaureate; Proficiency in English University of Cambridge
Air Hostess for Air France, KLM and Martinair Holland based in South America and The Netherlands

My vision for the CNE

Being part of a group of 3 members of the “Commission pour les Séniors” who have been working with great commitment and in close cooperation with ASTI on the project “LOKAL” to create Third Places “Tiers-Lieu”, a concept that we have been developing since 2017, has been very a rewarding task in promoting integration.

Third Places are venues welcoming all citizens, from Luxembourg and all other nationalities, from all backgrounds and all age categories, inviting them to feel at home and at ease in this communal environment and inspiring collaboration on all levels by drawing on their life experiences and knowledge base.

We are working towards establishing Third Places in villages, towns and cities across the country. Whilst these Third Places may take different formats, their objective is to promote and encourage integration to the best of our ability through embracing and celebrating our community’s differences and harnessing its strengths.

The pandemic has highlighted a real need for Third Places.

The CNE will be a great support in realising this project.